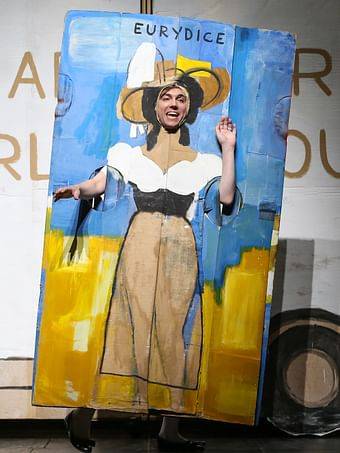 Steef de Jong is a Dutch visual artist and actor. He has been performing his unique "one-man operettas" for years.

"My love for operetta stems from my grandparents' records. Operetta is the exact opposite of our reality, it creates another world in which there is still room for romance and sentimentality, but also for irony. Operetta takes itself seriously, but at the same time it makes fun of itself. It is a world in which art and kitsch merge. But how do you play it all by yourself? With cardboard! Fold-out costumes allow me to change from character to character very quickly. In stage design, I often use techniques from pop-up books. It makes my work look very homemade. You can see how everything is created. The performance literally unfolds."

The programme consists of scenes from the following operettas: